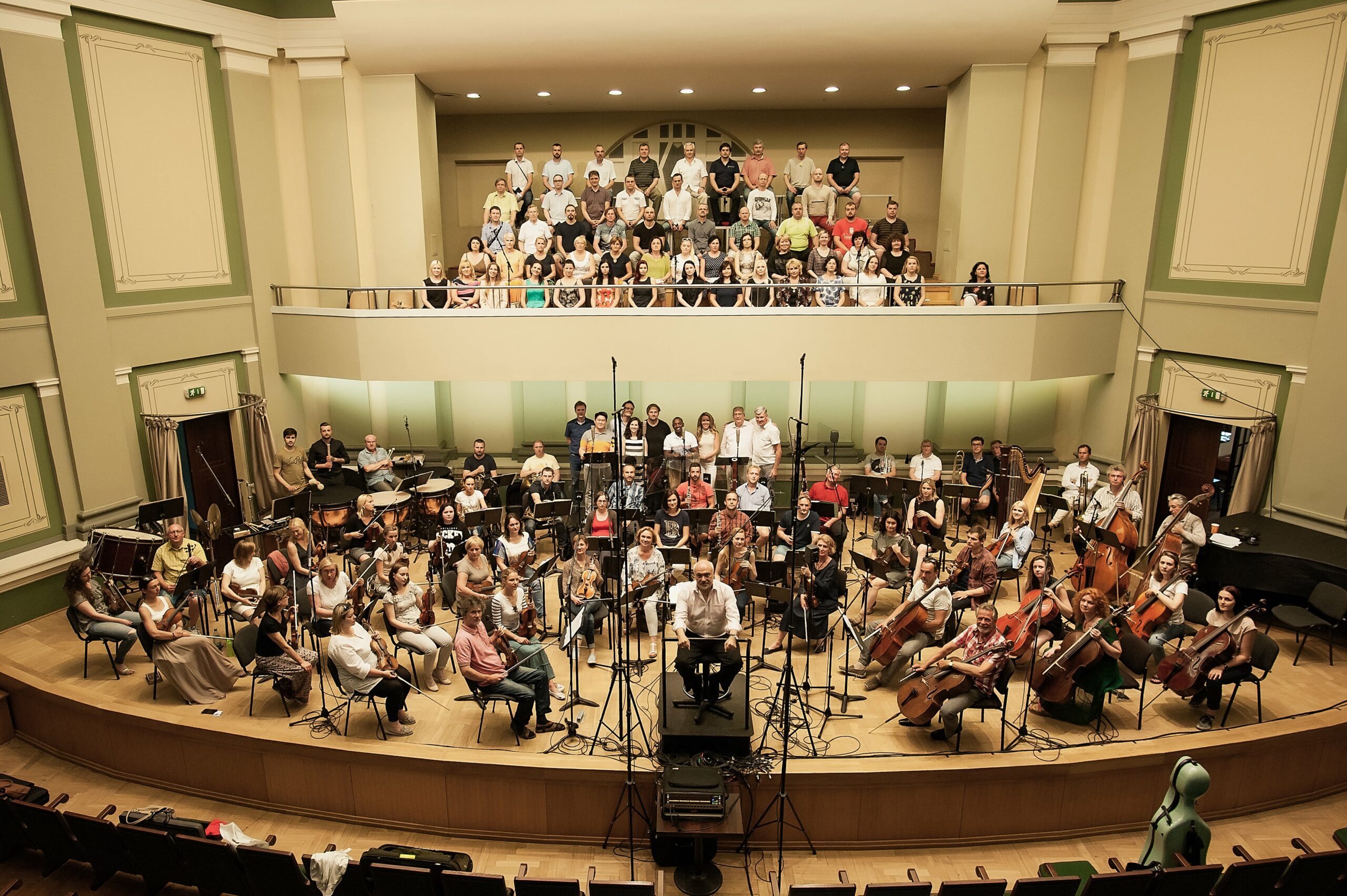 A Rave Review for I Puritani From American Record Guide

“This Delos release of Bellini’s Puritani is another example of the excellent work of Kaunas City Symphony of Lithuania under the direction of its principal conductor Constantine Orbelian. He elicits a clean, warm sound from the orchestra, with especially fine playing in the horn and woodwind sections. Tempos are well chosen and the dramatic pacing leads to sizzling climaxes, such as the rousing conclusion of Elvira and Giorgio’s duet in the fourth scene of Act I. The choir, too, is a firstclass ensemble; like the entire cast, their diction is impeccable, a performance standard we may credit to Orbelian’s influence. … Tenor Lawrence Brownlee, one of the most acclaimed exponents of florid music, sings Arturo’s music with unerring nobility of line. Sarah Coburn has an attractive, individual timbre, with a quick, even vibrato…well suited to the melancholy of Elvira’s tuneful descents into madness. … The Kazakhstani baritone Azamat Zheltyguzov has a refreshingly lean and forward tone that contrasts with Tadas Girininkas’s more open bass timbre in the exciting duet `Suoni la tromba’. … Lithuanian mezzo-soprano Jovita Vaskeviciute comes closest to my concept of bel canto ideals. Her artless tone production has clarity and floats gracefully on the pitch.” —Allan Altman, American Record Guide